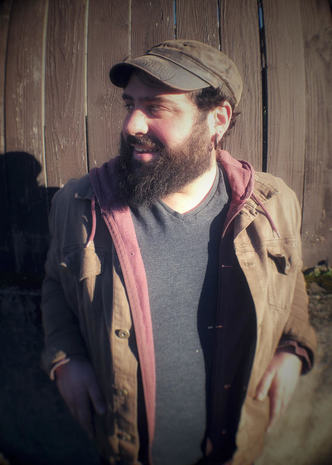 "Creating absolute beauty in each piece of music that he touches." - No Depression

"{LGJ} Coasts effortlessly upon a wave of rhythm and warmth, skillfully weaving notes into precious tapestries of sentiment that comfort the soul as much as they get one's toes tapping." - Music Connection Magazine

"A man who becomes transformed in song, swept away to another land."- Ryan Oxford(Producer, Songwriter, Musician, Y La Bamba)

A hard travellin', folk singin', blue feelin', fingerpickin', tall tale teller currently based in Portland Oregon. Inspired by aimless travels and the never-ending argument between the head and the heart; Long Gone John has found his voice in the humor of it’s troubles and recklessness of their beauty.

Once steeped heavily in the lush music scene of the Green Mountains; John was the creative force behind local favorite Tallgrass Getdown. Drawing from influences such as The Wood Brothers, The Devil Makes Three, Dr. John, Taj Mahal, The Band, Little Feat and many others, John wrote songs that were edgy, honest, soulful, and deep with a timeless element that somehow meshed seamlessly with carefully chosen covers and adaptations of traditional songs.

In 2015, he decided it was time to hit the road indefinitely. Trading rambunctious crowds at local dives, venues, and festivals for a fresh perspective on himself and his music. The long rambling prairies in the Midwest, the rocky mountains of the great divide, the deep borderlands of Arizona, and the unforgivingly beautiful pacific coast became his audience. After years of travelling, picking, contemplating, and working odd jobs all along the way he’s landed in the beautiful Pacific Northwest.